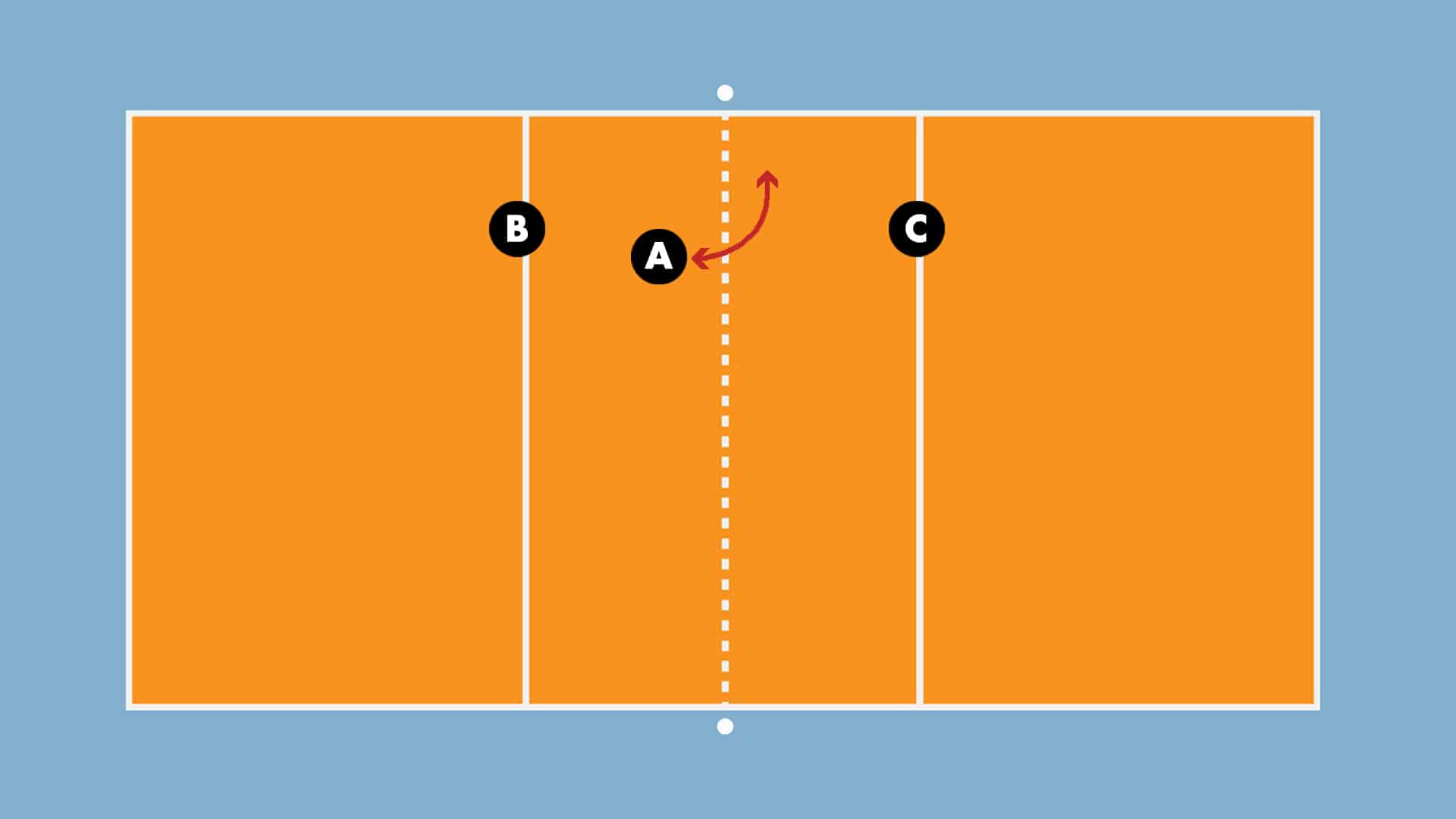 Summary:  This is best performed with groups of 3, however, groups of 4 can be accomplished so long as players are kept moving and everyone gets a chance to dig, set and hit.

Player A starts a downball/rollshot to Player B who passes the ball back to Player A.

Player A sets up the ball for Player B to attack (cooperatively) to Player C who is on the other side of the net.

As soon as Player B attacks, Player A crosses under the net to become the next setter, for Player C.

Player B drops back to dig the attack from Player C.

After about 5 rallies, switch the Setter.