How to Run A 6-2 in Volleyball (with Videos) 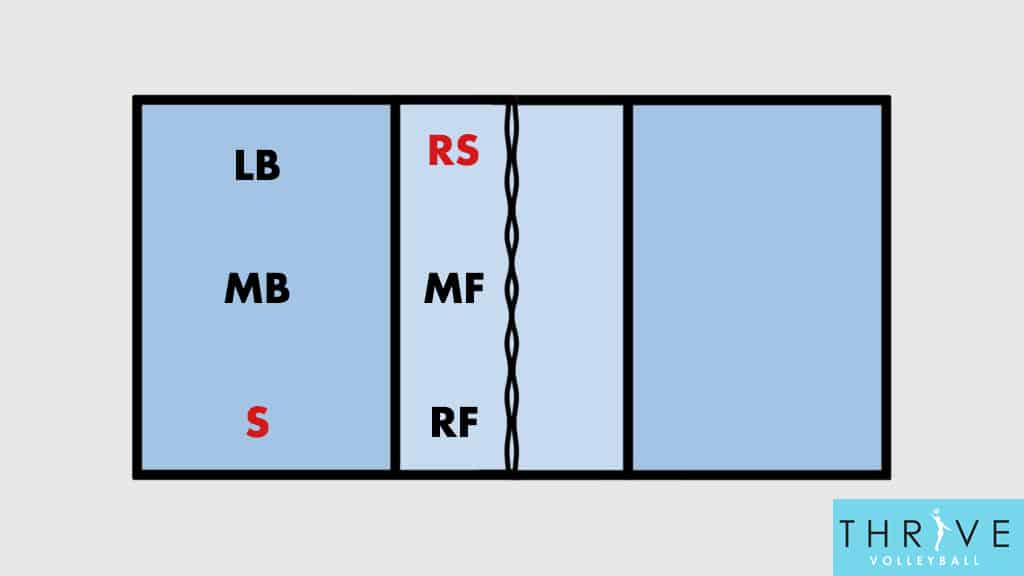 A 6-2 is a more advanced volleyball system that allows for several hitting options including an Outside, Middle, Right Side, and Back Row attacks.

The “2” means that there are 2 Setters. The “6” means that 6 players on the court may be available as Hitters.

The main Setter starts in the back row to allow for 3 front row attackers. The other Setter usually plays opposite of the main Setter as a Right Side (sometimes referred to as an Opposite Hitter).

A 6-2 makes a lot of sense when you have Setters who can also block and hit considering they will most likely be blocking against an Outside hitter.

One of the downsides to running a 6-2 is it is almost impossible for a Setter dump without the Setter getting called for a Back Row Attack consider the Setter cannot attack the ball above the height of the net.

Video of a simple Serve Receive that can be run with a 6-2.

The video below was made for a specific team. Each team is a little different so design your Rotations however you want. The videos below can be used as a reference on how to design your 6-2 Offense.

Video of  6-2 Rotations while Serving