Libero Strategy: What is a Libero and Where Should They Play? 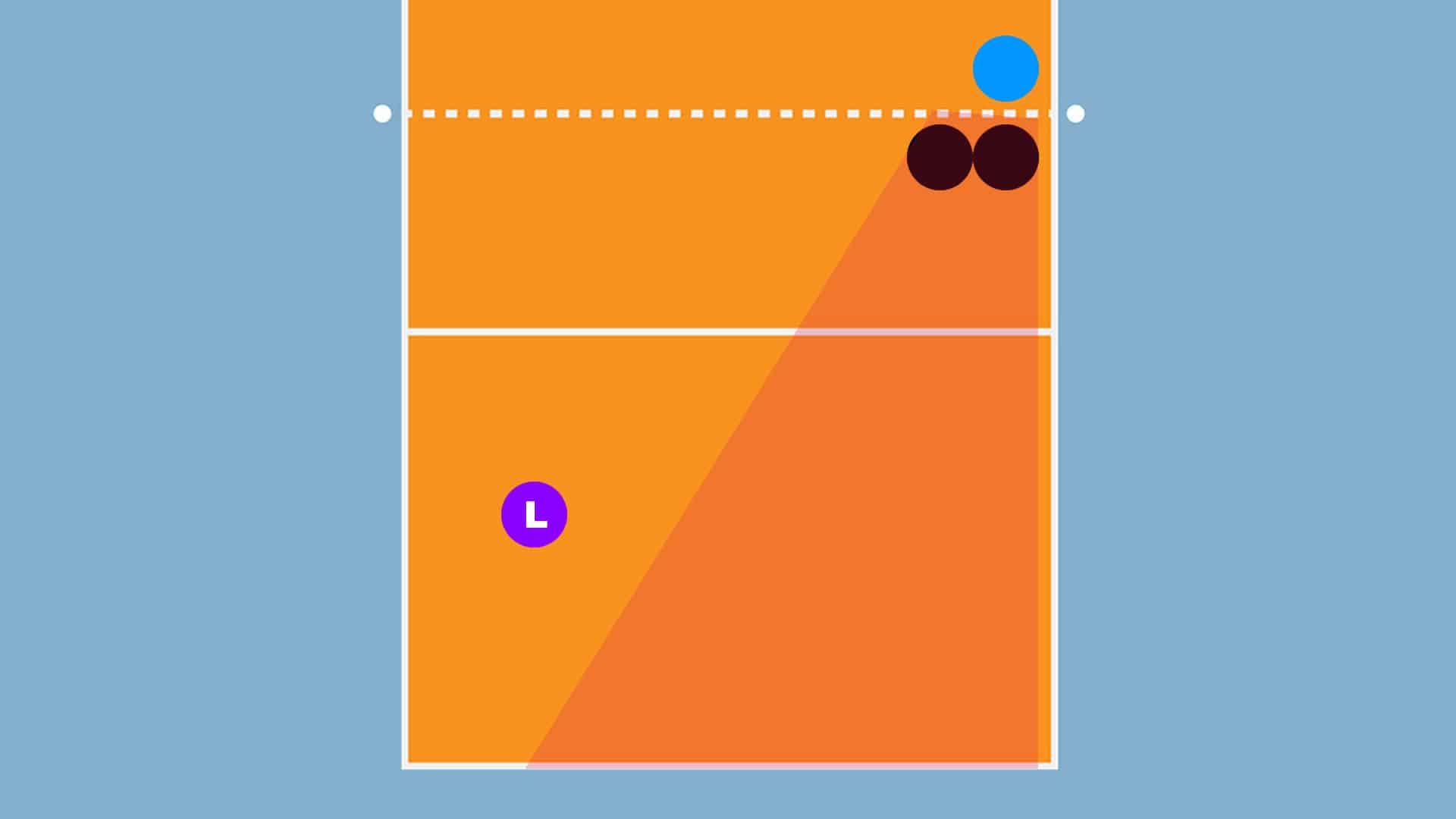 This question comes up a lot from coaches trying to figure out the best defensive strategy for their team. Do you play the Libero in Left Back or Middle Back? What are the pros and cons of each scenario and how can you get the most out of your defense.

It’s a great question to ask, but there is also no simple answer. In this article, I am going to go over various libero strategies to help you have a better understanding of how you can maximize your volleyball defense.

For an extended commentary on the Libero position, you can watch the video below:

What Is A Libero?

A libero (pronounced luh-BEAR-oh, LEE-ber-oh, or “bro”) is a type of defensive specialist that was added to the game of volleyball in 1999. They have their own set of rules and they even get to wear a different colored jersey. I am not going to go over all of the libero rules because there are so many, but here are some of the basics.

With most rulesets, each team can assign 0, 1, or 2 liberos per set, although only one libero can be on the court at a time.

The most notable rule is that the libero can only play in the back row. Once the libero goes to rotate into the front row, they must swap out with another non-libero player.

The libero can switch with any player but they can only serve in one rotation. A libero can essentially play 5 1/2 rotations. They have the come off the court for at least one rally before going back in.

Liberos do not sub in like a normal player in the Sub Zone. They replace another player between the Attack Line and the End Line and they do not have to wait for the R2 to whistle the switch. Liberos also do not count as a substitution. 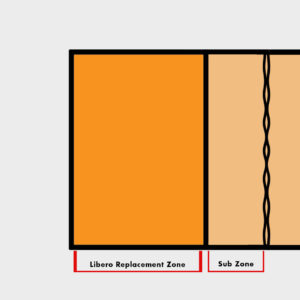 Since liberos are a special type of Defensive Specialist, liberos cannot attack the ball when it is completely above the plane of the net. This also means that liberos cannot block. This is why most liberos do not jump when they attack the ball. No matter how short you are, sometimes it’s better safe than sorry.

What Makes A Good Libero?

The most important skill that a libero should have is being the shortest player on a team. I am totally joking, however, that does seem to be the trend. The height doesn’t matter when it comes to being a libero, although some may argue that being closer to the ground makes it easier to move to the ball.

Liberos are great at reading the game. They can track the ball on the other side of the net and anticipate where it will go next.

Liberos are quick. Volleyballs can be hit hard so it is important that a libero has quick feet as well as quick reaction time.

Liberos are great passers. They are a defensive specialist after all.

Liberos are good communicators. They are always communicating with their team about what they are seeing on the other side of the net (think: ball-setter-ball-hitter).

Who Should My Libero Replace?

The purpose of the libero is to help give your team the most effective defense. Determine the holes in your defense and see if a libero could make the defense stronger.

Traditionally, it seems like the liberos replace the Middles in the back row. Why? Because, Middles tend to move a little slower, possibly because of their size. It’s also possible that Middles move slower because they have only been trained as a Middle and not a defender. I have also seen the libero go in for a weaker Right Side or Outside passer.

Where your weak passer is, there should your libero be.

Where Should I Position My Libero?

There are many things to consider when positioning your libero. Where does your opponent hit most of their attacks? How good is your block? How good is the opponent? Do you want to run Back Row Attacks? Who are your other good passers on the court?

What defensive system are you running?

Are you running a Rotational or Perimeter? I know there are other defenses such as Middle-Up and Middle-Middle, but these are the main two I am going to discuss. I am also going to focus on defending the Outside attack.

With either Rotational Defense or Perimeter Defense, if you have a strong block, you are hoping to force a cross-court attack. In this case, you would probably want your libero to be in Left Back if they are the best passer. This also depends on if the opponent is capable of intentionally hitting around the block. 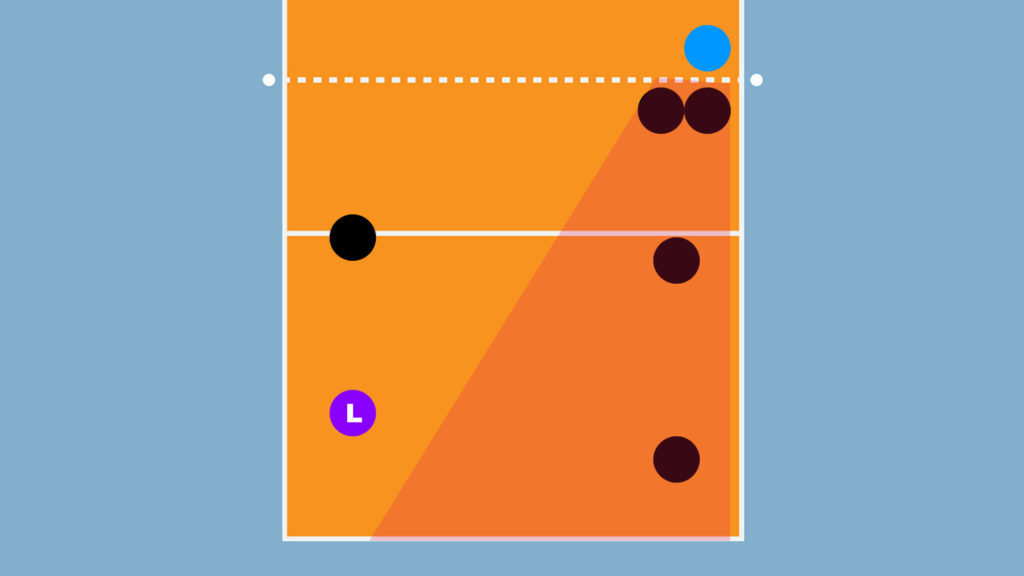 Rotational Defense with a Strong Block

When you don’t have a strong block, however, the hitters tend to hit directly to the Middle Back. We see this all the time with younger players and less-skilled players. If your opponent isn’t intentional about placing their attack, chances are, the ball is going to Middle Back and, in those cases, that’s probably where you should place your best passer.

Is your libero your best passer?

Although liberos are generally the better passers (that’s why they are defensive specialists after all), that doesn’t always mean they are the best passer on the team. I believe it is important to train all of your players to be effective passers because you can’t always hide your 6-foot tall Middle.

Many teams will have a 6-rotation Outside who is also a great passer, so do you stick with the traditional Defense of having your Outsides be on the Left Side? I think that depends on the answer to the next question…

Do you have another player in the back row who can effectively run Back Row Attacks?

Many coaches have mentioned that they prefer to have their Libero in Left Back so that it is easier to run Back Row Attacks out of the Middle Back. This is a valid argument, but these questions also need to be asked: How often are you running back row attacks and are they effective?

It’s also important to ask yourself, what’s more important: a strong defense or a strong back row offense? Yes, you can have both, but not every team or every level of play actually has both.

How good is your blocking?

Determining the effectiveness of your block can also help determine where you might play your libero. If your team is able to close the block against the opponent’s Outside Hitter, this would generally take the attack away from your Right Back and Middle Back leaving your Left Back as the most likely place for the attack to go unless your opponent’s hitters know how to tool blocks and hit high off the hands. 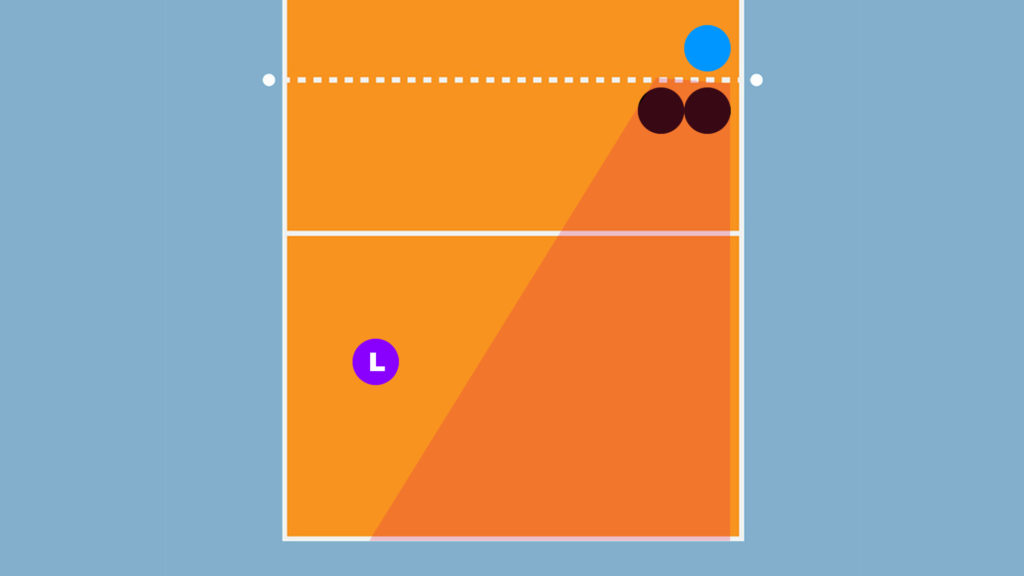 If your blocking is okay and your blockers don’t always close the block, that allows the opponent to more easily attack the ball to Middle Back which is where most attacks tend to go anyway according to Gold Medal Squared.

This heat map shows the hitting trends of a wide variety of teams. You can see that it is most concentrated in the middle of the court. Even with strong blockers, there are many ways to hit through a block. This chart is one of the reasons why Middle-Middle defense is becoming more popular. 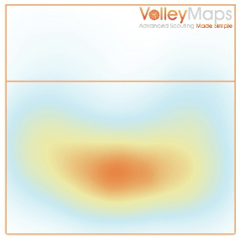 Coaches, as long as you communicate the strategy and the reasons why you chose that strategy, it will be easier for the players to buy in and it will make your defense more effective.