How to Teach Mental Toughness 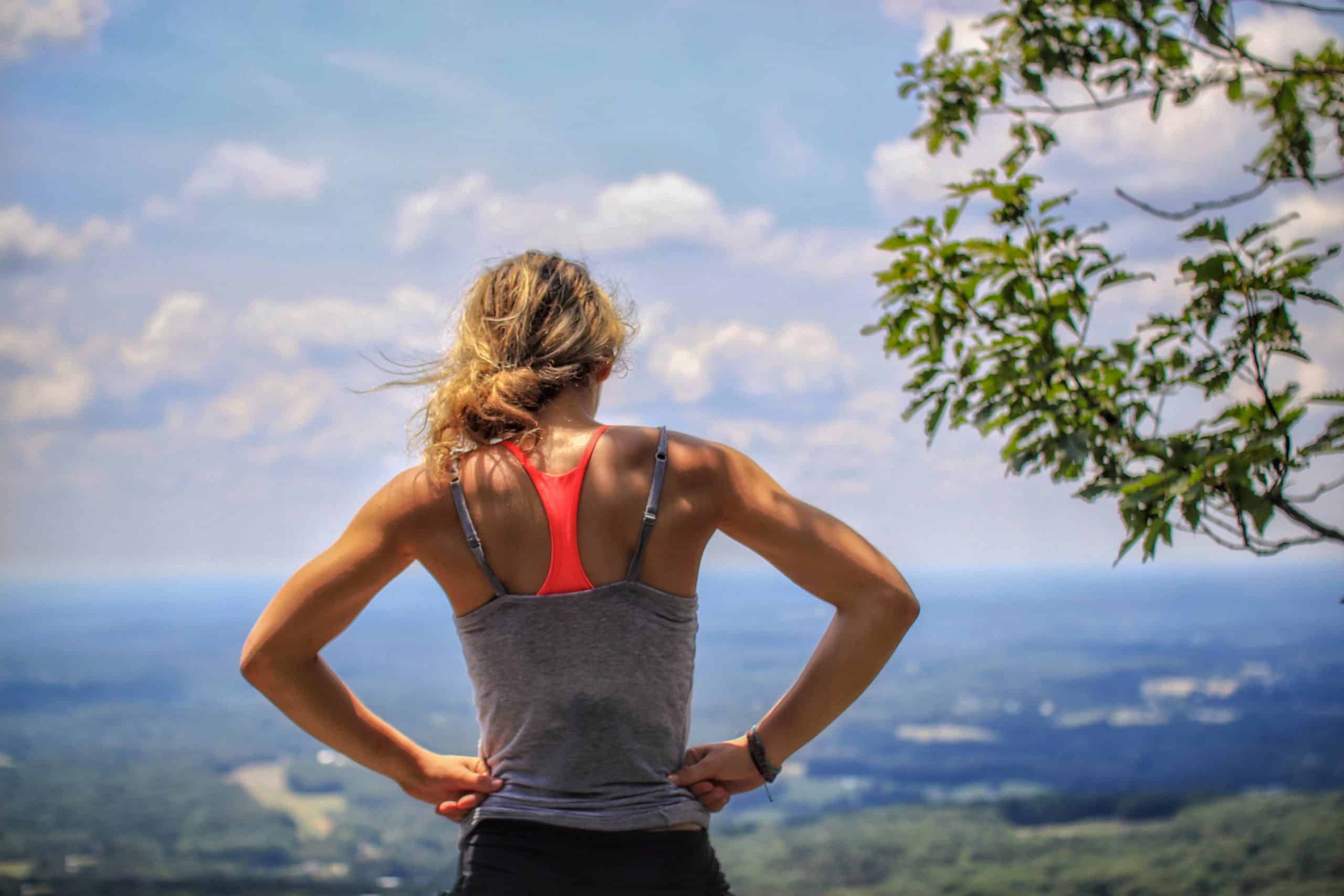 I recently got to listen to a former U.S. Olympic volleyball player, Courtney Thompson talk about mental toughness and what that looks like at the professional level and how it can be applied to athletes of any level. After listening to her talk, I sat down with my team and asked them a series of questions to see how each of them works on managing their negative thoughts after making a mistake.

Struggling With a Negative Mindset

It is safe to say that most athletes struggle with a negative mindset in some way. I asked my team what types of negative thoughts they had and how it affected them when they were playing in a match.

Everyone is going to be mad at me. I feel like this is a big one. It’s a little bit of Fear of Rejection and a little bit of Letting The Whole Team Down (or letting their parents down). It doesn’t matter if your players like each other or not, many players feel a great deal of pressure to perform at their best all of the time so that they don’t let the team down.

I tear myself down. Some players put a lot of pressure on themselves. Sometimes it is because they are a perfectionist and other times because they feel like they are letting others down. They hate making mistakes. I was this way when I played baseball. I hated to strikeout. It drove me crazy. I knew I was better and I expected perfection but the reality is NO ONE IS PERFECT. It doesn’t matter how good you are at something, you can’t be perfect at it. Even Lebron James misses shots.

I may not get another opportunity. I’m going to be honest… I had actually never considered this before but it makes so much sense. Some players fear that if they make a mistake, they won’t be given another opportunity to try again and it weighs heavy on them. For some players, this means they won’t get any playing time. For other players, it means the Setter may set them less or that the coach won’t let them serve again. I am going to address this issue later in this article.

I get intimidated by the other team. It can be perceived that coaches like to design their pre-match warmups to make their team look better than they really are. That’s why hitting lines are so popular. Any hitter can look good when they get a perfectly tossed set from a coach.

While watching the other team warmup, whether through hitting lines or serving, some players can come off as intimidating — they hit the ball really hard or they have a wicked top spin jump serve. This can get into a player’s head causing them to think negative thoughts — “I hope she doesn’t serve to me”. This is exactly the kind of thinking we don’t want our players to have during a match.

We need to train our players to welcome any challenge that comes their way. If another player is serving tough, we need to put the pressure back on them by shutting them down with a perfect pass and a First Ball Kill. We can also take some time during practice and have someone serve tough at our players so they get more comfortable with tough serves.

Coaches can have a big impact on the mindset of an athlete, whether they do it intentionally or unintentionally. Some of my players are still holding on to the negative feedback that a previous coach gave to them. They feel like they aren’t good enough or that they’ll never be good enough.

I’m not talking about being a tough coach and holding your players accountable. This is about coaches who talk down to their players and make them feel like they don’t matter and that they have no value.

As coaches, we have to be intentional about creating a culture that fosters a positive mindset with our team. We have to use positive language and work on giving feedback that pushes a player forward instead of tearing them down. We have to be transformational coaches and not transactional coaches.

Create a safe space where mistakes are welcome. Mistakes are part of the learning process. But if players are afraid to make mistakes, they are going to hold back when trying new things out of fear of failure and that will restrict their growth as an athlete.

Players need to be focused on the right kind of goal. A player’s goal cannot be tied to performance. It must be tied to personal growth. This is where the growth mindset comes into play. When a player’s goal is tied to performance (especially when the feedback comes from a coach), they are going to struggle with having a positive mindset. But when their goal is tied to something that they can control, developing a positive mindset is much easier to maintain.

Control What You Can Control

One of the first points made by Courtney Thompson is that “If you want to be a champion, you have to think like a champion”. Of course, most athletes don’t just wake up with a champion mindset, so how do we get our athletes to that point?

Often times, players are distracted by the things that they cannot control and that feeds into a negative mindset. This is what happens when a player’s goals are performance-based. They shanked a few passes, the coach yelled at them and now they feel like they are not a good athlete.

As a parent, it can be tough to not interject yourself into everything your child is doing. Believe it or not, parents can greatly impact the type of mindset a player has. Even with the best intentions, some of the things that parents say to their child can cause unwanted stress and can even give their child a flawed perspective on what is really going on.

Here are 3 things that parents should not do…

If your child does start to vent to you about their team, let them vent but don’t try to fix anything. Tell them that you love them and that you enjoy watching them play.

It is always important to focus on the things that players can control. Courtney Thompson suggests that parents only ask their child these three questions:

What does “giving your best” look like? For my teams, it means we will work hard at all times not just for ourselves but for each other. This goes along with the whole “We before Me” mentality. When we train to make ourselves better then we are making our whole team better (a chain is only as strong as the weakest link). This is something that every athlete can control because it isn’t dependent on their skill level, it is based on their controllables — behavior, effort, attitude, and thoughts.

But what if you are one of three players competing for a starting position on your high school team and you haven’t played a single match the entire season? This is a common story and it happens on many teams. The truth is, you may never start, but by giving your best effort at all times, you are challenging your teammates to give their best at all times. When you work harder, it forces your teammates to work harder and when everyone is working harder, then everyone is getting better.