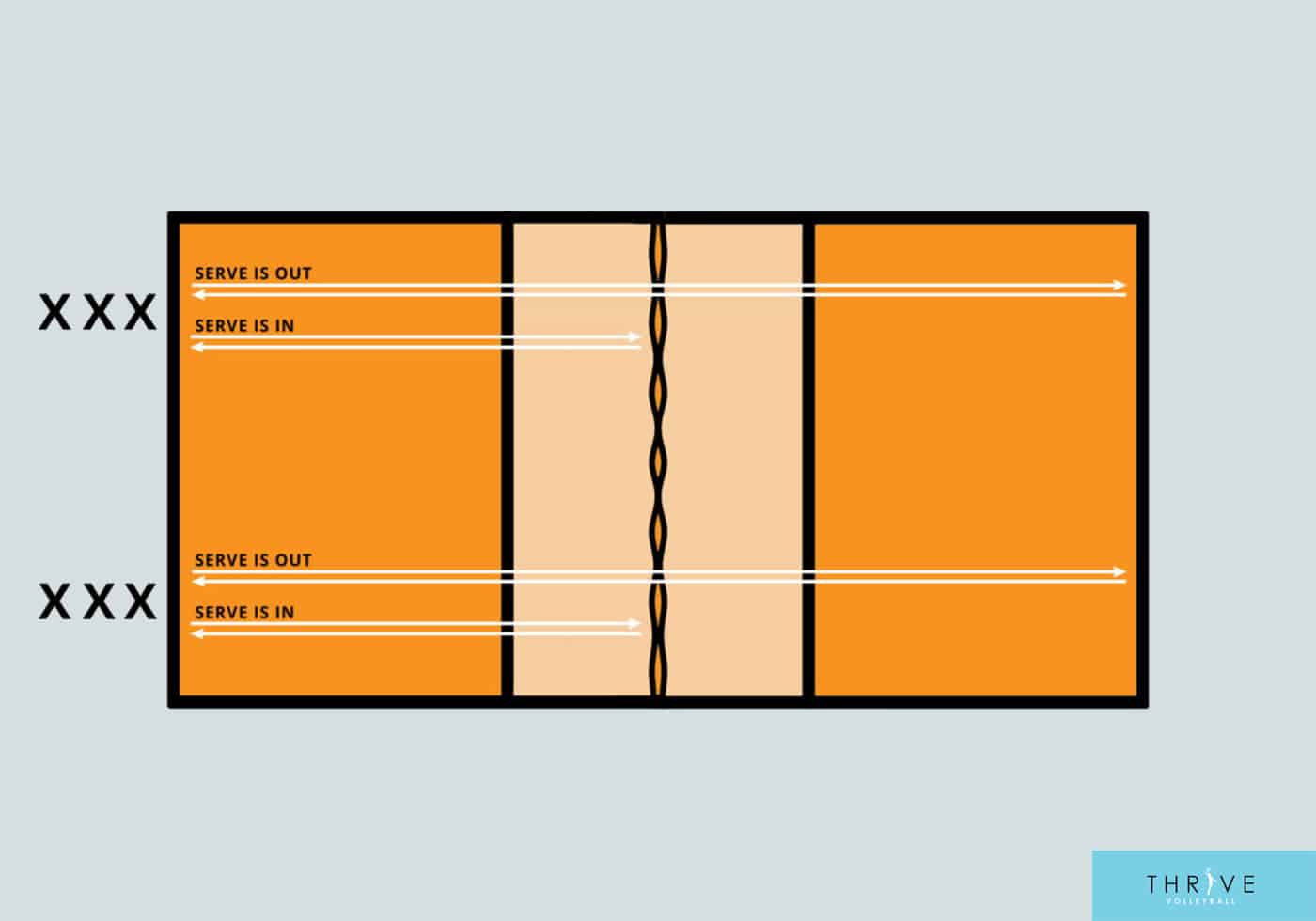 The Serve Relay is a fun game that focuses on competitive serving — and has a good conditioning element to it.

Diving your team into two even groups. If you have an odd number of players, have the team with one less player serve one additional time.

How the game works

Both teams serve at the same time from the same side of the net.

If a serve lands in, the server only has to run to the center line and back.

If a serve lands out, the server has to run to the baseline on the other side of the net and back.

The next server in line cannot serve until the previous server gets back to their own baseline.

The team that has all of their team sitting down behind the baseline first wins.

Have the players serve Zones. If the serve is outside of the zone, the serve is considered out and the player has to run to the opposite baseline and back.