Coaches: Teach Your Team How to Fail 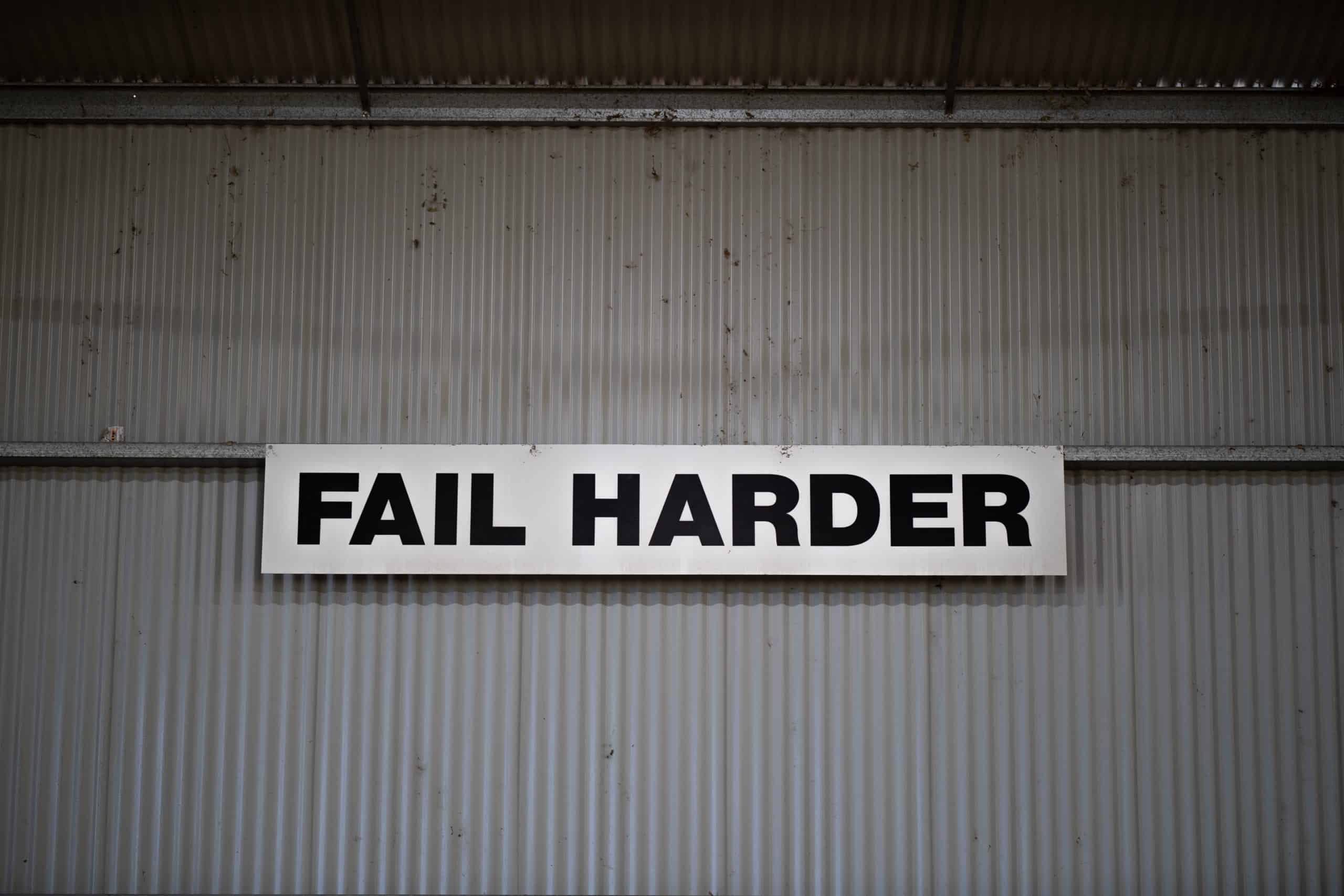 I’ve been thinking a lot about failure lately.

In every volleyball match, one team has to lose. I just looked at the end-of-season rankings for my Region and out of 210 teams, 96 of them had a losing record. In fact, one team played 101 sets and lost 78 of those sets. That is a lot of losing, but my guess is they learned a lot along the way.

When we lose, sometimes it is because of lack of skill or understanding, sometimes the other team is just better, sometimes our players are having an off day.

It may sound weird, but there is no growth without failure.

If I want my players to get better, they have to be okay with failing… a lot

There are some coaches who feel that their players should just get it right and that if a player messes up, clearly they’re not trying hard enough.

But that’s not how life works.

When my baby first started learning to walk, she was not good at it. She fell down quite a bit. But when she fell down, she wasn’t embarrassed or even discouraged. She didn’t have to give herself a pep talk or try to hold back the tears. She just got right back up and fell right back down over and over and over again like it’s nothing. It just looks like she was really good at not walking which is the opposite of what she was trying to accomplish. But after a few months of falling down and getting back up, she got stronger and now she’s running around everywhere.

I wish I could have that kind of determination.

I wish my players could have that kind of determination.

I really wish my players would be that fearless when it comes to trying new things. Let me elaborate: My players aren’t afraid to try new things, but after several times of not getting it right, I can tell that some of them are starting to hold back a little.

Instead of trying to succeed, what they’re really doing is trying not to fail.

When a player is trying not to fail, they aren’t giving their best. They are cautious. They aren’t swinging hard. They aren’t being aggressive. They’re staying within their comfort zone because it’s familiar and it’s safe.

But growth doesn’t happen inside of a comfort zone. If players aren’t being stretched, then they are not growing.

When I was in my first couple of years coaching, I watched a high-performance coach coaching his team during a 6v6 game at practice. One of his Outside Hitters swung really hard and the ball went into the net and he started applauding and said “Yeah, baby! That’s what I’m talking ’bout”.

They lost the point. Why was he cheering?

He was cheering because the player had done exactly what was asked of her: be aggressive and don’t hold back.

Imagine, if instead, the coach started chastising the girl in front of everyone for hitting the ball into the net. That girl would have been embarrassed and the next time she went to swing may have tipped the ball instead just so that she knew the ball would go over the net.

If you take a moment to ask your players why they are afraid to fail, some of the reasons would be:

I am embarrassed when I don’t perform at my best.

I don’t want to lose.

I don’t want my coach to be mad at me

But what if we as coaches took all of that away from our players. What if we took away their fear of failure and replaced it with a confidence that turns failure into success.

When we allow our players to fail, they are growing one step closer toward mastery.

At the beginning of each season, I share my coaching philosophy with my new team and part of that talks about growth through failure. I let my teams know at the beginning that I want them to be okay with making mistakes. I have the whole team agree that they won’t get upset when a teammate makes a mistake and I encourage them to not feel embarrassed when they do make a mistake.

Too many times I have seen a player shank a pass and their next thought is, “please don’t serve it to me again”.

As Bruno Mars once said, “Don’t believe me? Just watch.”

YOU STILL NEED TO CORRECT MISTAKES

I don’t want you to think that I am saying it’s okay to let our players make mistakes without showing them how to make adjustments. You should absolutely be coaching your players and giving them feedback and feedforward.

When they are working on hitting, teach them how to know if they are Early, On-Time, or Late with their approach and what they need to do to fix it.

When they are working on serving, teach them to identify why the ball isn’t doing what they want it to do. Maybe it looks like a rainbow instead of a bullet.

You’ve probably heard the saying “I have not failed. I’ve just found 10,000 ways that won’t work”.