Volleyball Positions | Everything You Need to Know 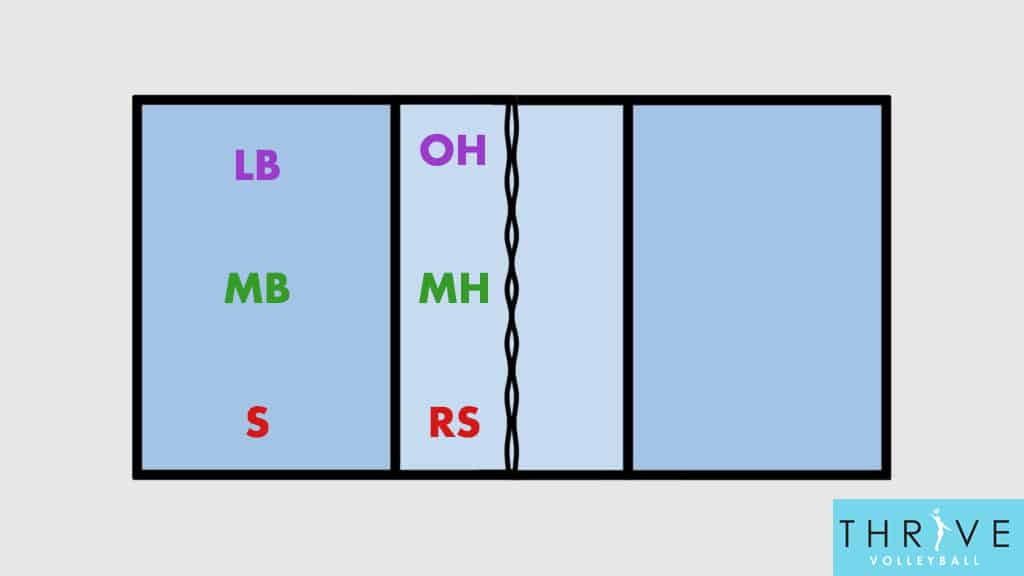 Volleyball is one of the most popular sports in the world, played by millions of people at all levels. This popularity has led to the sport being played in many different formats, from pick-up games on beaches to organized leagues and tournaments. If you’re new to volleyball or want some tips on how to improve your game, this guide will give you everything you need to know about positions in volleyball!

There are 6 main positions that are played in the sport of volleyball. Depending on the type of Rotations and Strategy used, it’s possible that not all of these positions will be on the court at the same time.

The setter has the most varied volleyball positions responsibilities. The Setter is generally a leader on the court, especially when it comes to running the offense. They communicate with the rest of the team before and during each rally and they run the offense.

The Setter can play Front Row and Back Row. Although the Setter’s main job is to set the hitters and run the offense, they also need to be able to serve, pass, hit, and block.

When using a Back Row Setter, the Setter’s Base Defense is usually in Right Back (Zone 1)

When using a Front Row Setter, the Setter’s Base Defense is usually Right Front (Zone 2)

If a Right Side is playing in the back row, their Base Defense is in Right Back (Zone 1).

The main specialty of a Middle is to block the opponent’s attacks. Sometimes they are the tallest players on the court, but they don’t have to be. Middles need to be able to read the other team’s Setter and Hitters quickly and then move quickly in order to block.

A strong Middle will run a variety of sets including 2s, 1s, 3s, and Slides among others.

Traditionally, Middle aren’t known as the best passers but in recent years, Middles have been more likely to play all 6 rotations.

Sometimes a Middle is replaced with a Libero in the Back Row.

Outsides tend to play in all 6 rotations so they need to be able to pass, hit, and block effectively.

When an Outside is in the front row, their Base Defense position is generally in Left Front (Zone 4).

When an Outside is in the back row, their Base Defense position is generally in the Left Back (Zone 5).

The Libero is a type of defensive specialist with its own set of rules.

Liberos can only play in the back row.

They do not count as a sub when they replace a player in the back row.

A Libero cannot contact the ball when it is completely above the plane of the net.

Libero are trained to be the best passers on a team.

With many teams, they help run the defense by communicating everything they see on the other side of the net.

Everything you need to know about playing Libero >> click here!

Defensive Specialists are generally only used in the back row. Unlike liberos, however, they can play front row and they can attack the ball when the ball is completely above the height of the plane of the net.

Defensive Specialists need to sub in and out like a regular player.

Defensive Specialists can play in any position but usually play for the Middle or Outside.

Defensive Specialists are great passers and need to be effective communicators while on the court.