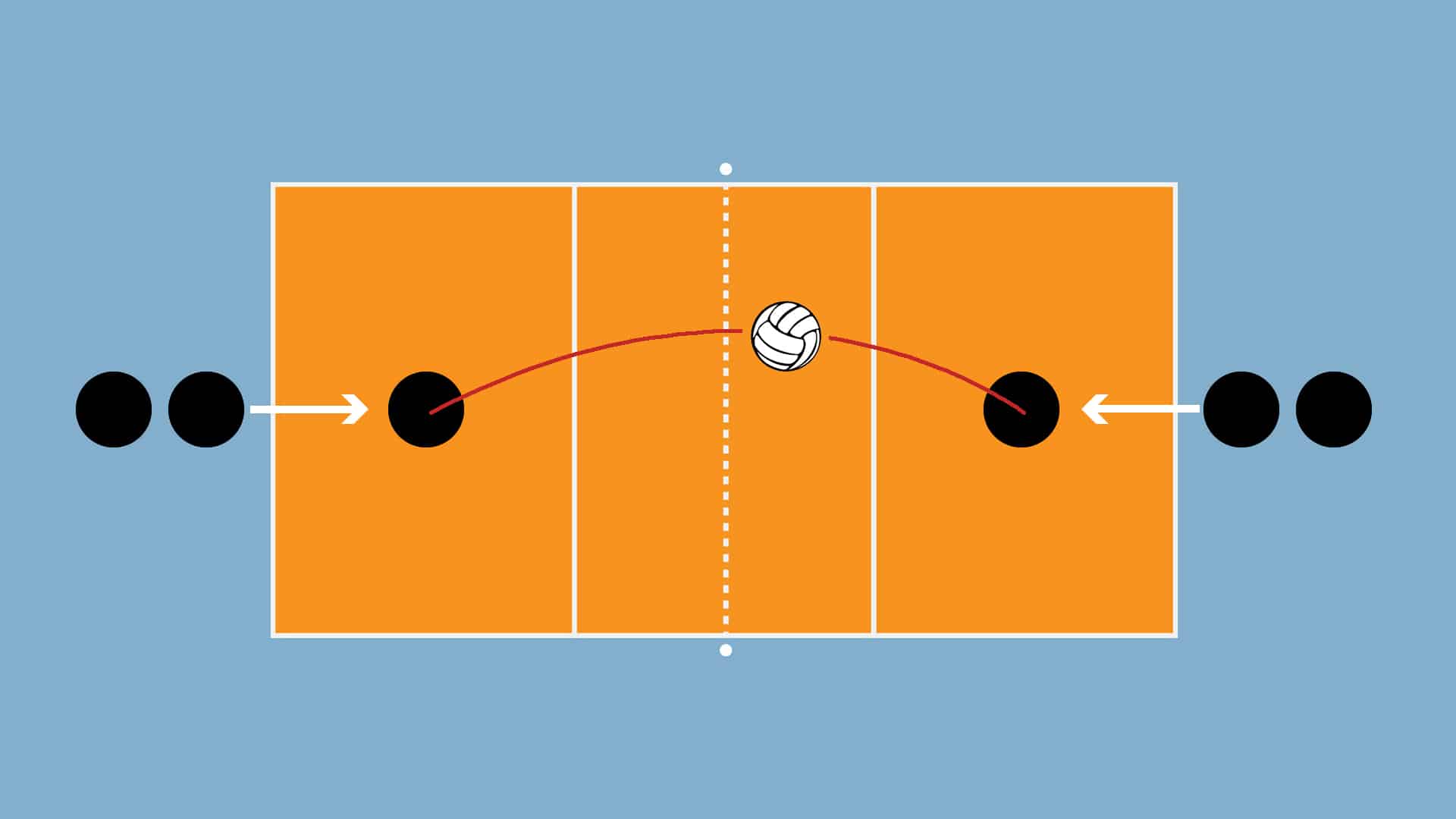 This is a fun, competitive drill that makes a great warmup for any skill level. It works well for getting the players moving and communicating.

A free ball is tossed to one side. After a team passes the ball over the net, the next player replaces them on the court.

In 2v2, each person on the team has to touch the ball.

* The last touch has to be a down ball.

* Advanced groups can start with a serve

This is played with two teams – 1v1

The player who loses the point is out for the rest of the game.